Event Videographer – What To Look For!

If you are new to the event organization game then i'm sure you are a little stressed at the thought of spending thousands of dollars on an Event Videographer. After all, if you don't pick the right person then you could be out thousands and have little to show for it.

On the positive side, you are here to find out what to look for in your event videographer! As well as some red flags to fend off any obvious scammers...

How important is your event videographer?

Let's start with the good things to look for in your event videographer, we'll get to the red flags in a second.

Look out for all of the base things. Responsiveness, testimonials, & portfolio.

You want someone who will respond to communication in a timely manner, has a history of happy clients, and videos that you like.

In fact, One reason my clients use me as their event videographer is because I produce On Site Sizzle's. They are able to share their events highlight video as soon as the event ends.

Additionally, some of my clients even show the highlight video at the very end of their multi-day conference to hype people up and leave them on a high note instead of just opening the doors for them to leave. It really puts a cherry on the cake!

Do you get your RAW footage? If you get your RAW, unedited footage at no extra cost then that's a green flag! Many people charge thousands more dollars for the raw footage of your event and many times you don't know that until you ask for it after the event.

Ask them before booking "Do I get all of the unedited, raw video clips on an external hard drive?"

Let's say you use that videographer for one year and decide you don't like them and go with someone else the next year. At any rate, they could effectively be holding your footage hostage for a ransom.

How I handle Event Video Footage

Personally, I take an extra external hard drive with me to the event and give it directly to the organizer at the end of the event. IF any of my clients ever decide they no longer want to use me, they have all of the raw footage on an external hard drive from each year they used me.

However, as a professional event videographer, my footage doesn't look "pretty" straight out of the camera. Don't get me wrong, the shots are awesome, they just need color correcting. I shoot in what is called a "Flat Profile" which basically means I have more control over the brightness and colors in editing.

Obviously, I let my clients know that though. So, if they want to edit any videos they know they need to add some effects to get the most out of the footage. Generally my clients just come back to me for more edits though.

Now that you checked the green flags you know you like your potential event videographer, right?

You like how they communicate, they have glowing reviews, you like their work, their turnaround time is acceptable or even outstanding, and you are getting your RAW footage for FREE!

What red flags should you look out for?

Here is something you probably didn't think people would do. When you are looking at their portfolio look at the channel the video is coming from.

What do I mean by that? Go to the youtube channel where the video is hosted.

Here is how you get to their channel from their website!

e.g. There are two ways to get to the video's channel. Now that we are on their channel, I'm not talking about doing a deep dive in their videos. In fact, I need to go archive some videos I posted when I first got started over 10 years ago.

basically, I'm saying visit their channels to make sure the videos are actually theirs.

Yes, I've seen people build a website and use OTHER PEOPLE'S work on their portfolio page. They justify it by saying "well this is the kind of work I want to do."

NO, This is horrible! Not to mention, that is stealing. If they didn't produce it then it doesn't go in the portfolio. HOWEVER, If they played a part in the production then they need to say what their roll was.

An exception to the rule

For instance, I got to shoot video for Disney. I did not produce the whole video but many of the shots in the video came from me. I did not do the editing. Moreover, the video is not hosted on my channel so if someone visits the channel it's obviously not mine.

Certainly, that goes in my portfolio though, but I also point out my roll in its production.

If you visit their videos and they are from youtube, vimeo, wistia, etc... and the channels don't have their name then that's a huge red flag.

In any case, I would initially give them benefit of the doubt. For instance, they may have a couple channels like I do. Accordingly, one is named after Re-Peet Productions and the other is named after me "Matt Peet" so it's pretty obvious.

This can be a tricky one to catch but when a event videographer uses lots of stock footage.

After all, you are hiring them to shoot footage, not just download it.

That being said, I use stock footage when I need to. For instance, I just made a video for a client to promote a future event in a city I've never been to. I had to go online and grab some stock footage of Las Vegas to put in the video.

I've seen event videographers use stock video in videos that they were hired to shoot though.

The main way I could tell they were using stock footage was because of the quality difference.

The first few shots of the video were epic, slow motion shots, that were perfectly color corrected. After that they started using their footage and there was a huge quality difference.

They depended on someone else's footage to make the video stand out in the beginning and then the footage that actually represented the conference was bad.

For that reason, all of the footage that conference has from that year is pretty bad.

Finally, the last red flag when you are looking at event videographers is to look at their website.

Why is that important?

What do they offer? You need to gauge what they are offering vs. their team size.

Jack of all trades vs. master of one. Do you want a master event videographer or someone who does event video, photography, photo-booths, DJ services, etc...

In our world of photo and video it is very tempting to try and offer multiple things. In fact, when I first started I tried to offer photo and video, I learned that lesson the hard way.

You don't want your videographer trying to switch back and forth between capturing video and taking photos. Overall both your videos and photos will suffer in quality AND quantity. Instead, you want a dedicated event videographer and event photographer.

However, there is an exception. If they have a team of people to handle different jobs, it could work.

I'm a master of Event Videography. I'm not trying to be cocky, I know I can still improve. In fact, I will always be able to improve. I just know that I have dedicated the last 10+ years of my life working on my craft.

Since I have had so much time dedicated to ONE craft I have confidence in my skill and my ability to troubleshoot any problems that come up. Subsequently, If I made it my job to do 4 different jobs then my focus would be split and my learning in each area would have been slowed.

One Last Thing You Can Do when Researching Your Event Videographer!

Additionally, you can ask for a couple references if you want. Call up a couple of their past clients and ask how they liked working with them. As a matter of fact, I have past clients who were more than happy to be a reference for me and take a call from a potential client. If your potential event videographer won't give you references... I might take that as a red flag.

How You Can Avoid All Of The Headache of Searching For An Event Videographer And Still Get Great Videos!

Reach out and let's get your event booked on our Calendar!

In all seriousness, let's chat. Head over to the booking page and fill out the contact form or contact me directly at Matt@RePeetProductions.com or call or text at 803.236.7800

Event Videographer – What To Look For!

Read More
Event Videographer – What To Look For!

Conference Video Is Vital. Get a Pro!

Read More
Conference Video Is Vital. Get a Pro! 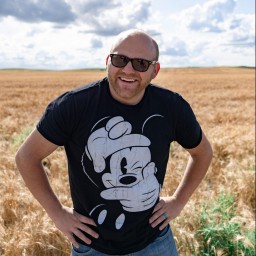 Hi, I am the owner of Re-Peet Productions. My wife and I travel around the country shooting videos for conferences! My love for video goes back to 2009 and have been videoing events ever since!

Let’s Talk About You

If you are looking for outstanding videography, let's talk!

to get in touch!

" I’ve always enjoyed working with Matt Peet. Not only does he produce quality work but his turnaround time is amazing! His Creative Ability to tell a story is above any other videographer I’ve ever worked with."

"I've had the pleasure of working with Matt on multiple occasions and he ALWAYS brings the heat!"